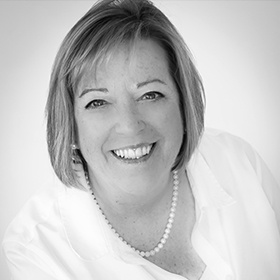 Kathy has been in the Association and MLS industry for over 35 years beginning with the Greater Boston Real Estate Board (MLS-1) until it was sold to MLS PIN, in 1998. Kathy was then hired as Director of Operations and soon given the title of CEO. Her responsibilities include overseeing MLS PIN operations in its entirety and for ensuring communications to the MLS PIN Shareholders and Board of Directors. Under Kathy’s guidance the service’s customer base has grown from 11,000 to nearly 34,000 licensed real estate professionals in New England. Revenue has more than doubled, with MLS PIN becoming one of the largest MLS’ in the nation and a leader in the industry.

Kathy holds a number of NAR certifications and two GBREB Board of Directors service awards. In 1996, she was awarded the NAR Omega Tau Rho medal for outstanding service.  Kathy served as Vice Chairman and then Chairman of the National FNIS Users Group from 1999-2004 and was a member of the Trulia Advisory Board from 2008-2011.  She was also a member of the advisory board for FLIC (Female Leaders Institute Council) from 2011-2012.  A member of the Council of Multiple Listing Services; Kathy has served as a Director for this organization since 2006 and is the President for 2016.  She serves on the REALTOR®.com Executive Advisory Board, the Advisory Board for Realtors’ Property Resource (RPR) and an Advisory Board for Supra Products.  She has been awarded the Women of FIRE (Finance, Insurance and Real Estate) Award by Banker & Tradesman, the Boston Globe’s 30 Most Innovative People in Massachusetts Award, the Girl Scouts of America Women of Distinction Award, and most recently named for the third consecutive year to the Swanepoel “200 Most Powerful People in Residential Real Estate.”