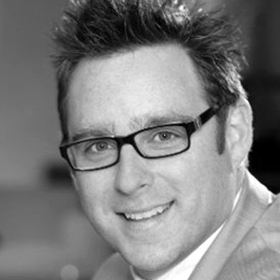 Jeremy Crawford posses an uncommon combination of talents rarely found in the real estate industry: an experienced technologist, skilled communicator and accomplished business leader. As the Executive Director of the non-profit Real Estate Standards Organization, Crawford sits at the helm of one of the real estate industry’s most exciting organizations responsible for the creation, promotion and adoption of standards that is fueling innovation and helping to streamline the real estate transaction.

Crawford has more than 20 years of information technology experience in real estate, financial services, legal, insurance and education sectors. He knows RESO well. He has served on its Board of Directors, and his leadership role has included taking the reins as its Vice-Chair of the Education and Outreach Workgroup in 2010, which he co-led for two years.

Born and raised in the small town of Johnson City, Tennessee, Crawford proudly embraces his youth as a bona fide Geek. He consistently gravitated towards math and science fields, which lead to his attending high school at University School on the campus of East Tennessee State University. There, he participated in math competitions throughout the state.  Crawford was also the catcher for University’s baseball team that competed in Tennessee State’s championship series multiple years in their division.

Crawford embraced multi-tasking early on. He worked his way through college in the computer labs at East Tennessee State University, and credits his mentor Rob Whelan, who oversaw all of the computer labs on campus, for igniting his interest in Computer Science.  It became his major at ETSU, as its core curriculum complemented his math and physics coursework. His new passion also led to a secondary job in 1996 while attending ETSU with the Tennessee District Attorney General’s Conference that is responsible for overseeing the states 31 judicial districts.  Crawford networked all of the judicial districts’ satellite offices across the state of Tennessee and provided courtroom technology support for major cases. He earned a Bachelor of Science Degree in Computer Science from East Tennessee State University, and while enrolled in graduate school there, he also taught undergraduate information technology courses at ETSU, instructing more than 180 students enrolled in his six classes.

Crawford’s STEM degree would lead to working for SAFECO, one of the largest insurance firms in the U.S., as a Systems Support Administrator.  In 1999, he would join BB&T Corporation, one of the nation’s largest financial services corporations, as a Network Manager and Administrator and Bank Officer. At BB&T Crawford managed networking and helpdesk personnel as well as server and network level information systems for a region that comprised more than 40 locations and 450 employees.

His foray into real estate began in the summer of 2001 when he became Director of Network Operations and the 16th employee at Marketlinx Solutions, now known as CoreLogic, one of the largest real estate technology and information service companies in the world.

Under the tutelage of Thad Shows at Marketlinx, Crawford would enjoy extensive leadership training that would manifest into a C-level career that began when in 2006, he joined San Diego-based Sandicor, a leading MLS products and services provider, as its Chief Information Officer and was subsequently elected Secretary to the Corporation by the Sandicor Board of Directors, becoming a Corporate Officer.  It was there he also served for two years as Vice-Chair of the National Association of REALTORS® Real Estate Standards Organization Education and Outreach Workgroup, and won the 2010 San Diego’s Information Technology of the Year Award.

After five years with Sandicor, in 2011 Crawford was named Chief Information Officer for MLSListings Inc., which serves 16,000 real estate professionals and more than 6,000 firms throughout Northern California. At MLSListings he was responsible for all aspects of Enterprise Information Technology, including infrastructure, design, development, implementation, and management. Shortly thereafter, Crawford was promoted to Chief Operations Officer and added to his CIO responsibilities managing customer support, Rules & Regulations, Compliance, Data Licensing, and Software Engineering. He also was elected Secretary to the Corporation, becoming a Corporate Officer in 2013. While COO at MLSListings, Crawford was the lead for the Council of MLS Technology Sub-Council. He left MLSListings to head up RESO in April 2015.

A Council of MLS CMLX Level 2 Certified Executive, today Crawford also serves on the DocuSign Executive Advisory Council, the Interop Advisory Board, and serves as President of his local homeowners association in Corinth Forest, his newest home about 40 miles north of Dallas, Texas.

Crawford attributes his hard-driving work ethic to his dad, who for the last 45 years gets up every morning at 4:30 a.m. to start his day.  Described by his peers as charismatic and energetic, Crawford tires to engage every real estate professional he meets into a conversation that leads to talking about RESO, as he genuinely embraces his nonprofit organization’s mission to positively change the future of real estate.

His community activities have ranged from remaining an active supporter of his church in Knoxville, Tennessee, to undertaking local fundraising efforts for a variety of causes over the years. He continues to support Sigma Phi Epsilon, Paralyzed Veterans of America and RPAC (the Realtors Political Action Fund).

In his free time, Crawford is likely to be found spending time surrounded by his family: his wife of 10 years and their two young children. Crawford is a foodie who enjoys cooking to relieve stress, often with a glass of Rochioli Pinot Noir in hand, whipping up a meal that will also feed neighbors stopping by for a visit. He remains an avid sports participant in golf, tennis, basketball, football and baseball, and is a tireless fan of Tennessee football.