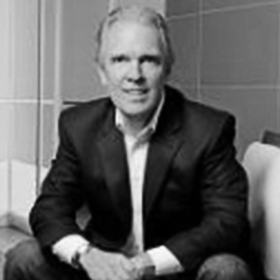 David Charron has been recognized by Inman News ten consecutive times as one of the “Most Influential People in Real Estate.” David has also been named as one of the “Top Ten Newsmakers” by the Swanepoel Trends Report and was featured in the 2013/2014, 2014/2015, and the 2015/2016 Swanepoel Power 200 list. In November 2015, David received the inaugural Peter Shuttleworth Award of Excellence from the Council of Multiple Listing Services (CMLS) as well as RISMedia’s National Homeownership Award.

The Daily Record named David one of the Most Influential Marylanders in 2014 for his contributions to real estate. In 2012, the National Association of REALTORS (NAR) inducted David into the Dr. Almon R. (Bud) Smith, RCE, AE Leadership Society, a prestigious honor for an MLS Executive as it is typically awarded to association executives.

When David joined MRIS in January 2001, he brought a wealth of leadership and strategic industry experience, combining an extensive background in real estate, information systems and Internet business solutions. David brings a customer-service focus and first-person management style to his role overseeing all MRIS operations, ensuring that, as one of the nation’s largest MLS systems, MRIS maintains its leadership edge. He also emphasizes two-way communications with the MRIS Board of Directors and MRIS Shareholders, fostering collaboration and inspiring innovation.

Prior to joining MRIS, David was the President of Net Input, an Internet-based business consulting practice serving Fortune 500 clients in apparel, media, sports and real estate. From 1980 to 1997, he managed several organizations that successfully defined, marketed and delivered information systems to Real Estate professionals. David currently serves as Chairman of the MRIS Investment Committee.

David serves on the CMLS Board of Directors and was the first Strategic Manager invited to serve on the Midwest Real Estate Data (MRED) Board of Managers. David has also been a Board member of the REALTORS® Federal Credit Union (subsequently purchase by Northwest Federal) and a member of the NAR MLS Policy Committee. He is a founding member of COVE, an industry think tank comprised of large MLS organizations. When it comes to giving back, David also exemplifies the MRIS philosophy of service. He was selected “Volunteer of the Year” by the National Eating Disorders Association, which provides education and awareness to individuals and families suffering from eating disorders.

David is frequently called upon as a keynote speaker and panelist for industry events and contributes a column in the Washington Post and other publications about the Mid-Atlantic region’s housing market and trends.