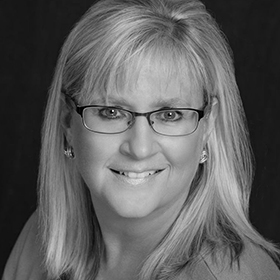 Anne Marie DeCatsye, Esq. has been chief executive officer of the Charlotte Regional Realtor® Association and CarolinaMLS since February 1, 2001, having served as general counsel for the association/MLS for the seven months prior. Previously, she served as deputy executive director of the Real Estate and Building Industry Coalition (REBIC) from 1995 to 2000.

DeCatsye currently serves on the NAR MLS Executive and Association Executive Advisory Groups to the NAR Leadership Team, the realtor.com® MLS Advisory Board and the 2016 NAR AE Strategic Actions Committee. She has been a member of COVE since 2005 and has served on the Executive Committee since 2011. She serves as the corporate secretary for the MLS Technology Platform (MTP) and will serve on the NAR Board of Directors representing large regional MLSs again in 2017.

DeCatsye has served on several National Association of Realtors® (NAR) committees, including the NAR Housing Summit and Governance Presidential Advisory Group, the Risk Management committee, the Legal Action committee and Association Executive committees. She previously served as chair of the MLS Executives Forum in addition to representing large regional MLSs on the 2008 NAR Board of Directors.

DeCatsye was named one of the Charlotte Business Journal’s 40 under 40 in 2001. She served on the Executive Committee of the Housing Charlotte 2007 Implementation Committee and was co-chair of the Incentive-Based Inclusionary Housing Policies Subcommittee. In the spring of 2009, DeCatsye was named one of Charlotte’s Most Influential Women by The Mecklenburg Times, and she was honored by The Charlotte Business Journal in the summer of 2009 with the prestigious Women in Business Award.

In addition to a bachelor’s in English and philosophy from Creighton University, DeCatsye earned a law degree from The Catholic University of America in Washington, D.C., while working full time on Capitol Hill.

DeCatsye is active in the greater Charlotte business community and has been invited to speak on numerous panels addressing audiences with regard to the Charlotte housing market. She also appears monthly to discuss real-estate related news on TimeWarner Cable’s NEWS 14 In Depth interview series with Anchor Rob Boisvert.