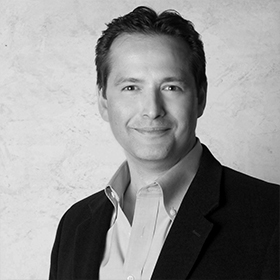 President and CEO of UpstreamRE

Alex is currently President and CEO of UpstreamRE, a comprehensive data management project for the benefit of the real estate industry. A graduate of Harvard’s General Management Program, Lange got his start in technology in the U.S. Army before entering the private sector as managing partner of IKON Technology Services, where he worked with major e-commerce sites such as Pets.com and major enterprise accounts such as HP, Clorox and the Department of Energy. He later became CTO for Art.com / AllPosters.com where he contributed to their expansion from a single location, 36M dollar business to a multinational 120M company in three years. Lange later co-founded and served as chief technology officer for Roost.com, a successful social marketing platform which raised more than $12 million in venture capital and was recognized for its innovative new technology ultimately being acquired by Vertical Response. He later served as chief technology officer at Market Leader, a SaaS solutions (CRM, websites, print marketing, etc.) for real estate professionals, where he played a key role in building it from a $40 million market cap company that he joined to a $380 million acquisition by Trulia less than four years later. While at Market Leader, Alex was included in the Global Top 1,000 Chief Technology Officers (Bloomberg, S&P, The Global Leaders). Most recently, Lange served as an operating partner of Second Century Ventures – the strategic investment arm of the National Association of Realtors (NAR) – where he identified, evaluated and executed strategic investments and coached existing portfolio companies to increase value.